The Waiting List for $1,000 Haircuts Is Ballooning in Manhattan

(Bloomberg) -- Editor’s Note: No city is more important to America’s economy than New York, and none has been hit harder by the coronavirus. “NYC Reopens” examines life in the capital of capitalism as the city takes its first halting steps toward a new normal.

It sounds a little preposterous, even in the best of times: $1,000 for a haircut.

But that is indeed the going rate to see Julien Farel at his posh Manhattan salon — or was, until the coronavirus pandemic closed him down in late March, along with so much of the city.

Now, like everyone else, Farel, 51, just wants his old life back.

Unlike most everyone else, he’s pretty confident that his if-you-have-to-ask-you-can’t-afford-me clientele — which includes Katie Holmes, Cristina Cuomo and Rafael Nadal — will return. His sumptuous salon in the Loews Regency hotel, a haunt of New York power brokers and assorted hangers-on on the Upper East Side, is already making preparations.

As New York took its first steps toward reopening on Monday, Farel was still out in the Hamptons during the city’s lockdown. But plans are afoot for Phase Two. At first, Julien Farel Restore Salon, Spa & Fitness will only do hair. Clients looking for massages, facials, nails and waxing will have to wait a little longer. His wife, Suelyn Farel, who oversees the business side, is putting protocols in place for cleaning, touchless payments and social distancing.

“We have over 1,000 people on a waiting list,” Farel said, adding, “85% of blondes have disappeared during the pandemic.”

About 50 employees — out of the 150 who were mostly put on unpaid leave during the outbreak — will come back, working two shifts over extended hours.

Upon entering, employees and clients must wear masks, get a temperature check, wash hands and apply hand sanitizer. Phones and eyeglasses must also be wiped down. Only handbags, placed inside plastic bags, will be allowed on the floor. Stylists will wear shields, while colorists and support staff will also wear gloves. Chairs in the waiting room will be placed at a safe distance, the sofa removed.

For ordinary New Yorkers and businesses simply struggling to make ends meet, it might all sound more than a little indulgent. But the wait-list provides a lesson in the economics of moneyed Manhattan, specifically, the seeming inelasticity of demand among the Park Avenue set for that just-so coif. Despite everything, some people will still pay a cool grand on their hair. (Those of us who can’t afford Farel can still get a haircut and blow dry from his salon’s other stylists starting at $160.)

Suelyn Farel says they’ve been able to keep current on rent for the 10,000-square-foot salon during the lockdown, even though she anticipates revenue falling by roughly a third this year. They could have made extra money cutting hair in the city during the lockdown, but decided against it.

“If you get someone sick or you get sick, then you jeopardize your future,” he said.

As for his own appearance, Farel says he’s looking like a surfer these days. He’s shaved his beard, but hasn’t tried cutting his own hair.

“The woman who cuts it is five-and-a-half months pregnant,” he said, “and scared to come back to work.”

Get Ca$h When You Refer New Stylists & Hosts to ShearShare! 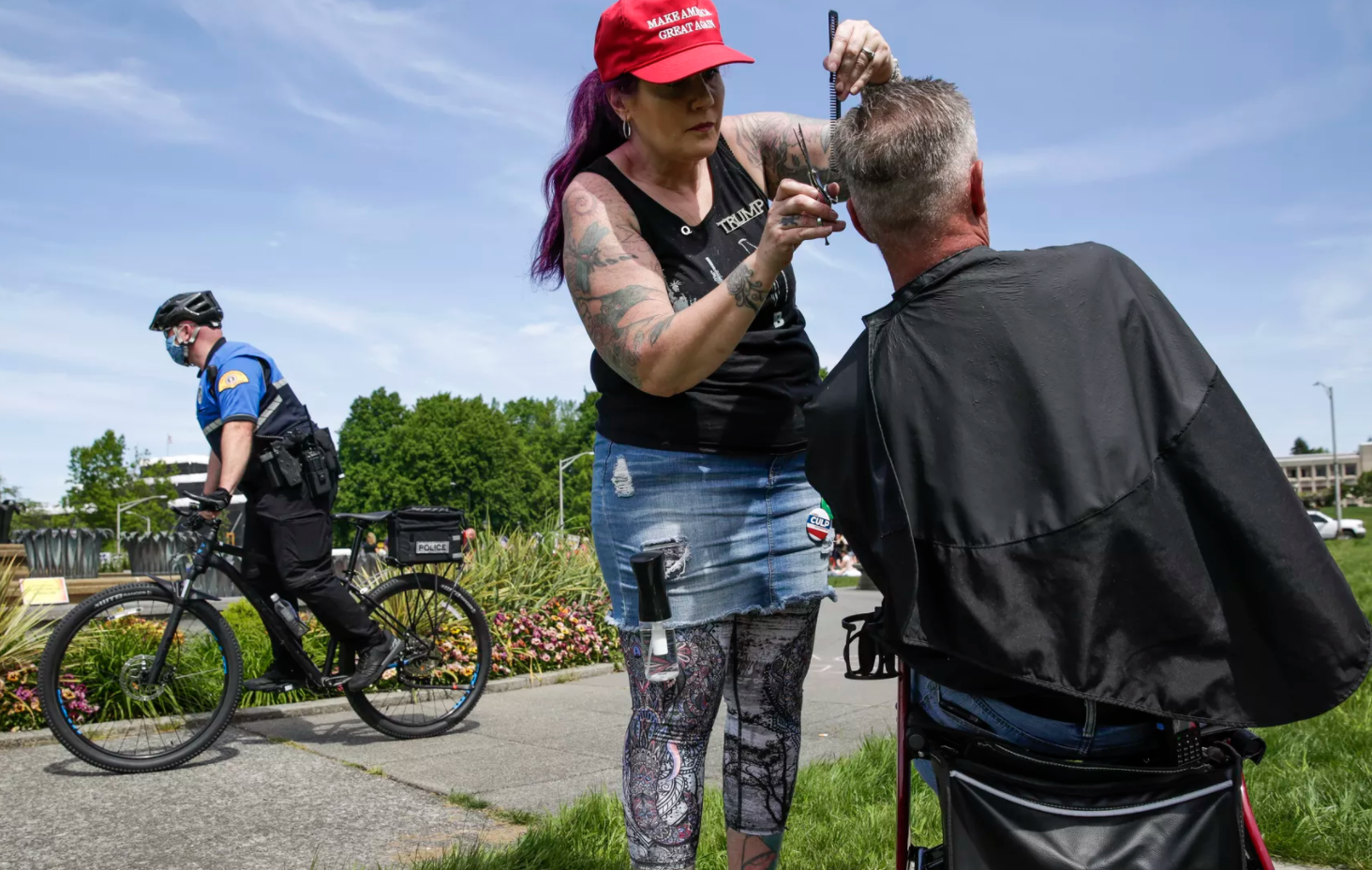 The Waiting List for $1,000 Haircuts Is Ballooning in Manhattan