If doing the paperwork to have your Paycheck Protection Program (PPP) loan forgiven seems intimidating, help has arrived! A new online tool can simplify the process—and it won’t cost you a cent.

You can find the new PPP forgiveness platform at PPPForgivenessTool.com. Any business that took out a PPP loan can use the tool for free, regardless of whether they worked with a bank or a non-bank lender. The American Institute of CPAs (AICPA) and CPA.com released the platform this week, which is powered by software from small business lender Biz2Credit.

An Easy Way to Get Started on PPP Loan Forgiveness

You can even submit your application on the platform using an electronic signature, although the site recommends holding off on filing the application until the federal government offers additional guidance on calculating PPP loan forgiveness.

“From the beginning [of the PPP], we’ve been issuing documents with what our recommendations were and our suggestions on how loan forgiveness works,” says Erik Asgeirsson, president and CEO of CPA.com. “And now we’ve put it all into one application process.”

If you’ve been hesitant to apply for a PPP loan, the new tool could make the forgiveness application part of the process easier.

The PPP forgiveness tool also will incorporate the latest guidelines surrounding forgiveness as they’re released by the U.S. Small Business Administration (SBA) and the Treasury Department, Asgerisson says. From the site: “Once additional guidance is released, PPPForgivenessTool.com will be updated to reflect the new rules and we will contact borrowers who have started applications on the tool.”

Until that occurs, the site recommends you do not submit your completed application.

Lenders have issued over $517 billion in PPP loans to date to help small businesses struggling to stay solvent during the COVID-19 pandemic. According to data from the SBA, more than 51 million jobs were supported by PPP funds. While the initial $349 billion round of funding ran out in less than two weeks, fewer businesses rushed to claim a second round of $310 billion.

The complexity surrounding the requirements for PPP loan forgiveness, plus the extensive paperwork documenting eligibility, may have deterred some small-business owners from applying. Even as the government relaxed forgiveness rules, over $100 billion in PPP funds remains unclaimed.

PPP loan forgiveness terms state that at least 60% of the funds must be used for eligible payroll costs and must be used over a span of 24 weeks.  Although repayment of PPP loans for those not seeking or who are ineligible for forgiveness was extended to five years at an interest rate of 1%, and additional rules were released allowing for partial loan forgiveness, the possibility of taking on any more debt is unlikely to appeal to anyone struggling to keep their business running.

“This tool hopefully will also encourage people with the next phase of business relief to make sure that complexity in the process is not a reason to not get the assistance they need,” Asgeirsson says.

The government is still ironing out the details of what will come next in a second stimulus relief package. But GOP lawmakers and Senate Majority Leader Mitch McConnell began discussions this week about what might be included in the Republican proposal, indicating that additional aid to small businesses was likely to be part of any package. 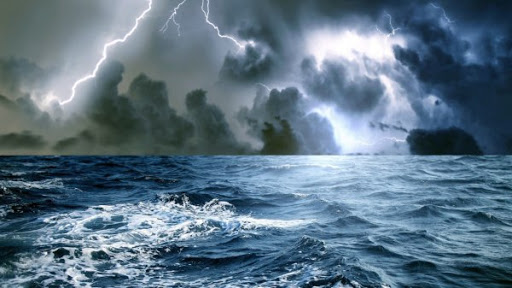