SALES FROM THE STREET: “BE BOLD, TAKE ACTION”

As entrepreneurs, many of us run into difficulty, especially when we are just starting out. The key is to be bold and take action.

Dr. Tye Caldwell is the CEO, co-founder, and visionary behind the success of ShearShare. Realizing what the future could hold for both the beauty and barber industries, he created a platform for licensed professionals to move from working in their homes to working in salons, barber shops, and spas. This created not only opportunities to work in places where they could be classically trained, but created an opportunity for increased income as well.

Dr. Caldwell has been in the industry for 25 years. He’s an instructor with a doctorate degree in professional barbering and cosmetology and co-owner of an award-winning salon. Dr. Caldwell is also the author of Mentored by Failure, a best-selling book about how to be successful in the industry.

When he approached his wife, Courtney, with the idea for ShearShare, she admits to being hesitant. He reminded her how they used to have stylists on a waitlist who wanted to work at their salon, but that it was no longer the case. Instead, he had stylists who just wanted to rent a space for one or two days a week.

Courtney liked the old-school way when stylists signed a long-term contract and became part of the team and the culture. But her husband was persistent. He knew he’d rather collect some money on the empty chairs than none at all.

It was a success.

Everyone loved the experience and flexibility. So much so, that they began to call other salons to find spaces for stylists who were traveling. Word got out quickly. More and more stylists called looking for spaces where they could work by the day.

Fast forward three years and the Caldwells knew they were on to something.

The beauty industry, as a whole, has been archaic for years, according to Dr. Caldwell. With only four ways to actually work – by commission, by renting a booth, in a salon, or as an employee, stylists were unable to work where and when they needed.

The Caldwells wanted to change that and they knew technology was the key.

These days, because of advancements in technology, people can press a button to get a ride, to have food delivered, or to rent a room in someone’s home instead of a hotel.

The beauty industry needed to be more on-demand as well. Because they both serve on advisory boards for beauty schools and barber colleges, the Caldwells knew it was something the next generation wanted.

ShearShare is the first mobile app that allows a stylist to rent a salon or barber shop space by the day. Taking three years to fully develop and implement the idea allowed them to realize the different ways it would, and would not, work.

The industry is fragmented in some areas which made it difficult. Barbers differ from salon stylists who differ from cosmetologists, for example. The Caldwells had to consider the viewpoints of the various professionals and they had to consider both sides of every issue from an owner, and user, viewpoint.

Once they listened to what the stylists and clients really wanted, the app began to take shape.

Users, for example, want to know that the stylist is licensed and how long the stylist has been in the industry. Users also want to see pictures of the salon, read reviews, and see map locations.

The Caldwells had no idea, however, about how to start a business or find investors.  They only knew that the app they wanted to create hadn’t been created yet, so they drained their savings account and hired someone to build it.

Looking back now, Courtney is glad they spent three years as a concierge service. It allowed them time to learn the questions that stylists always asked as well as the expectations of the host salon. They learned the required data that the app would eventually need to succeed.

The app works similarly to an Airbnb app in that the Caldwells are paid a percentage of the booking fee whenever a stylist reserves a space. Word-of-mouth is the best way to grow in the beauty industry so the Caldwells visited salon owners and attended many stylist events to fan the flames of interest.

The fear of rejection never entered into their minds because they knew rejection was simply part of the process. Instead, they were determined not to quit.

Many entrepreneurs sit on their ideas because they are waiting for approval from someone else. The Caldwells understood from the start that not everyone would sign on right away, or realize their vision.

It is easy to give up when those around you don’t share the same dream. Once they plant a seed of doubt in your mind, it is easy to talk yourself out of trying to achieve your dream.

The one-percenters of the world take that next step. It is how we know the name Oprah Winfrey, or Tyler Perry, for example. They are the people who kept with it. They moved past the rejection and the negative comments.

Focus on your dream, stick with it, and keep pushing.

The Caldwells were able to lean on and support each other. They had no technical background upon which to build the app but they knew people who could. And they had already proven the marketability of the idea.

MEET PEOPLE WHERE THEY ARE

Despite the complications and challenges, they knew it could be done because they had listened to their customers. They knew the struggles of both the salon owners and the stylists. The Caldwells were able to bridge the gap by talking to people on both sides of the industry.

The Caldwells credit the beauty industry community, which they have been a part of for over 25 years, as the foundation of their success. Instead of emailing or posting on Facebook, for example, they send text messages to their community. They know from experience that it is the best way to reach a stylist or a barber; folks who don’t carry their laptop to work.

They found a way to use today’s technology to meet the new demands of a business that has been around for generations.

Dr. Caldwell knows that you must turn your idea into a solid plan. Then, find a mentor and build relationships with people who can give advice and breathe optimism into the plan.

In the case of ShearShare, they had a friend who was able to connect them with app developers, who in turn told them about a contest for new businesses, which pushed them into an incubator.

It all boiled down to having solid relationships.

When Courtney thinks back to the early struggles, she is thankful that they had people they could rely on. It got them through the days when things weren’t going as planned.

She is also thankful that they were not afraid to make cold calls. Don’t ever think that someone is too busy or too successful to help others. Courtney has found, instead, that once people realize you are trying to do something positive, they are willing to give back and help.

The best piece of advice she ever received was from her husband: “Just jump. Grow your wings on the way down.”

You can learn more about ShearShare at www.shearshare.com. The Caldwells are also on Twitter, Instagram, and LinkedIn. If you’d like to follow Dr. Caldwell’s crazy life as a startup founder in the beauty and barber space, you can find him on Instagram at drtyecaldwell. 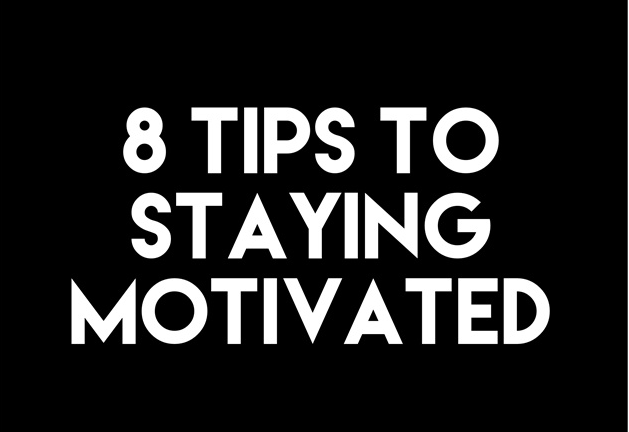 SALES FROM THE STREET: “BE BOLD, TAKE ACTION”