By ShearShare Friends
Posted July 24, 2020
0
New York is home to thousands of nail salons, many of which may not come back as lockdowns lift.

Nail salons reopened this week in New York City as the five boroughs entered Phase 3 of reopening, but the long-term prospects for the survival of these omnipresent businesses — and the guaranteed safety of both workers and customers — is far from certain.

Starting last Monday, “personal care” services, including spas, massage parlors, and the city’s estimated 4,000 nail salons, were allowed to reopen in a limited capacity. But the reopenings will hardly mark a return to the typical mani-pedi routine many New Yorkers have come to expect.

Phase 3 guidelines mandate that salons operate at no more than 50% capacity, and that social distancing of 6 feet between individuals be enforced wherever possible. Waiting areas are closed, and masks are mandatory.

State guidelines also recommend that personal care businesses adopt “appointment-only” policies in order to limit crowding, a move that further limits revenue by cutting off business from drop-in clients, a significant source of income for many salons in highly trafficked areas.

“Anyone who relies on people showing up at their door, whether you’re retail, hospitality, or hair or nail salons, they’re all going to struggle,” said Steve Sleeper, executive director of the Professional Beauty Association, a national trade organization.

Nail technicians and salon employees have raised concerns about whether these safety measures will be properly enforced, however, and whether protective equipment such as gloves and masks will be consistently available.

The top concern “with workers is if we’re going to get proper protective equipment from salon owners to be able to come home safe,” said Luis Gomez, director of organizing for Workers United a labor union in the U.S. and Canada, which represents the New York Nail Salon Workers Association. “Even pre-Covid, workers were required to have gloves and masks provided by salon owners, but worst case, they weren’t being provided at all, or workers were having to pay for it themselves. There were rampant violations.”

To make up for limits on customer volume, some salons in parts of New York state that had entered Phase 3 before the city extended the hours and days that they’re open.

“These businesses that might normally be closed on a Sunday or a Monday are now open seven days a week,” said Todd Garofano, executive director of NYS Association of Salon & Spa Professionals.

With longer hours but fewer customers and nail techs allowed at a time, many salon workers may not be earning the equivalent of their pre-pandemic incomes.

“If a salon is actually compliant, that means they have less people actually in the space at a time, and currently workers are still under the tip system,” Gomez said. “Tip the technician well.”

Visitors to salons should also be prepared to keep their masks on at all times, get used to technicians working with gloves on, and stay home if they’re feeling sick or have otherwise potentially been exposed to the virus.

Initially after reopenings in other states nail parlors saw a rush of appointments from regulars who have spent the past several months forgoing their usual beauty treatments, Sleeper said. But with some customers and even some employees uneasy about returning to business as usual, many businesses haven’t been able to generate their usual levels of income.

“Some people are coming in, but others are still not back,” Sleeper said. “So besides volume being physically down with the new safety protocols, client counts are down because folks aren’t totally sure yet.”

Widespread work-from-home policies may be yet another factor keeping clients out of salon chairs, as customers feel less pressure to keep up their pre-pandemic grooming regimens.

“With so much working from home, even clients that are coming in are spacing out their visits more,” Sleeper said. “They think, ‘I’m not going into the office, I may not need to look quite as good or be quite as put together all the time.’ Everyone’s consumer behavior right now is different than it ever was.”

All of which means that reopening is hardly a straightforward calculus, and many salon owners have opted to remain closed for now, an effect that could be compounded in New York City, where the volume of nail salons is already higher than in any other city in the U.S.

In the long term, this could change the landscape of the industry, said Sleeper, and many stylists who have made the leap to starting their own shops and becoming small-business owners may find themselves driven back to working “behind the chair” in other salons.

And though data on viral spread in salons, which already adhere to rigorous health standards, is encouraging — a case of a Missouri salon where masks prevented two sick employees from spreading the virus is widely cited as an example — restrictions that hamper manicurists’ ability to turn a profit are likely to remain in place indefinitely, creating long-term financial strain.

How to Avoid Maskne (Facemask Acne) 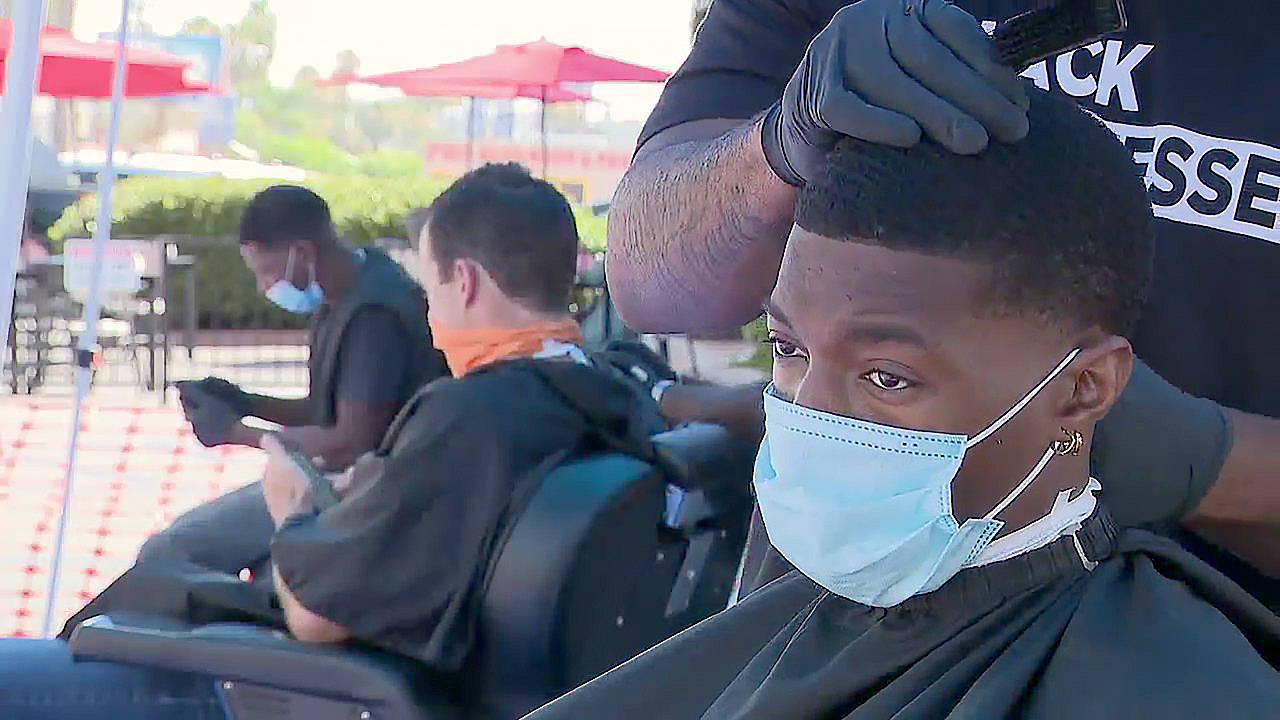