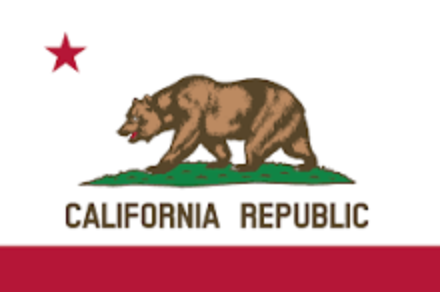 Last month my column discussed several major legal and regulatory changes that have or doubtlessly will touch the lives and business operations of every Stylist reader in one way or another.

These major policy reforms underscore the importance of forming state associations that can maintain an active presence at every State Capitol in the Union. Our job here in California has certainly been tested in recent years.

As the state which provided the biggest impetus for booth rental nationwide back in the early 90s, it should come as no surprise that California is now reconsidering the legal confines of this independent contractor relationship. Governor Newsom just signed legislation that will usher in sweeping reforms of these types of worker relationships.

AB 5 essentially renders illegal most forms of independent contractor relationships with the exception of those few sectors that received an exemption in that legislation. Our industry did, in fact, earn a limited exception in that bill, but it is narrowly tailored.

Let me explain those new, statutory limitations, because it won't make all booth renters in this state happy and could prove to be a model for other states to follow.

But before I get into the weeds of AB 5, let me inform Stylist readers when we went to print last month, this legislation preserved booth rental for all licensed categories save manicuring. I'm pleased to report that the Legislature heard our unifying plea that policymakers shouldn't be picking winners and losers in our industry, and any new law should apply equally across our entire industry. The final version passed during the final week of the Legislative Session was expanded to include all our licensed categories, including manicuring.

So here are the weeds of the new law that will take effect January 1 in the largest State in the Union:

The legal classification of independent booth renters will be governed by the "right to control" standard that was previously in place before the recent California Supreme Court decision called "Dynamex" with some added, explicit limitations spelled out in the California Labor Code.

Those include a requirement for any bona fide independent contractor to obtain their own, separate "business license, in addition to any required professional licenses or permits for the individual to practice in their profession."

Beyond these general requirements for all independent contractors, AB 5 has specific elements that apply only to our industry, requiring each booth renter to show specific ways in which independence from the salon owner is clearly established.

In order to be a validly classified independent booth renter in California, that individual must set "their own rates," process "their own payments," and be "paid directly by clients." Moreover, booth renters must set -- "their own hours of work and have sole discretion to decide the number of clients and which clients for whom they will provide services." They also must have "their own book of business and schedule their own appointments," maintain "their own business license for the services offered to clients," and "if the individual is performing services at the location of the hiring entity, then the individual issues a Form 1099 to the salon or business owner from which they rent their business space."

Armed with the legal clarifications of AB 5, regulators from the Employment Development Department, the Department of Industrial Relations, Cal-OSHA and the Franchise Tax Board, to name just a few, will have considerable new leverage on their side as they seek to clamp down on employee misclassifications. And the IRS will no doubt be clipping on those state agencies' heels, anxious to nail misclassifying salon owners with delinquent payroll, FICA and other withholdings with penalty interest charges.

So, as you can see, while booth rental has earned a reprieve from Dynamex's existential threat, salons utilizing renters will have to run a much tighter ship than current industry practices.

The California Legislative Session that began in January 2019 saw the introduction of seven bills that sought to crack down on all vocational training postsecondary schools. I dubbed these troublesome bills the "Seven Horsemen of the Apocalypse," as they truly represented an existential threat to every private beauty college in this state.

These bills would've resurrected the Obama era "gainful employment" regulations here in California, created a stiffer loan-to-cash ratio (80/20 rather than the Obama Department of Ed's 90/10), prohibited schools from contracting with recruiters or even paying their own employees to do marketing services to potential students, and a host of other dramatic reforms intended to punitively dampen the growing demand for vocational training and education in these for-profit institutions. These schools are the primary pipeline of our future stylists, so my organization eagerly joined the fray to push back on these far-reaching legislative measures.

I'm pleased to report after considerable lobbying, only one of the most ominous bills passed the Legislature and is awaiting signature by our Governor. But even that bill, AB 1340 (Chiu, et al.), had to be substantially watered down to earn passage.

The final version awaiting the Governor's signature merely adds a new level of tracking graduates' loan debt and career placement information, which must be relayed to the Bureau for Private Postsecondary Education (BPPE). The BPPE will eventually publish this information on their website for the consideration of future students, who will be able to compare the debt levels and successful job placements of competing beauty schools. There is no doubt the intent behind AB 1340 is to lay the groundwork for resurrecting gainful employment regulations in the future (at least here in California), so it is a battle schools will have to engage for years to come.

Finally, our State Legislature will be performing its five-year "sunset review" of our State Board of Barbering & Cosmetology in the coming months, having completed its first preliminary hearing just a few weeks ago. For any of you interested in seeing Yours Truly in action, you may see my testimony before this joint legislative committee here:

It is clear that some Legislators have the current clock-hour requirements, the Practical Exam, and our various licensed scopes of practices under close scrutiny, so industry stakeholders will have to remain vigilant and involved in shaping any policy reforms that flow therefrom.

Our industry has proven resilient and adaptive. With these and other policy changes coming at us in a seeming torrent of reform initiatives, it's imperative licensed professionals and industry stakeholders tune-in, turn-on and remain nimble. These dramatic reform proposals have certainly given my organization added significance, buttressing the importance of maintaining a coordinated lobbying presence in State Capitols throughout the country.