If you’re looking for an industry that’s thriving even during these tough economic times, look to the hair industry. It may be the closest thing to recession-proof.

“Barbering is definitely on the upswing. We see it in our schools. The enrollment is up,” said Derek Davis, a vice president of the National Association of Barber Boards of America. “We’ve seen an increased number of people taking the exam to get licensing.”

Tarsa Scott, a real estate agent turned stylist at Fabulocs, a natural hair salon in suburban Maryland, chalked up the sector’s strength to one thing: the desire to look and feel good.

“Most people – especially women – even when there are bad times, we want to feel good,” said Scott, who got an office job after the housing market collapsed, but turned to hair styling to supplement her income. “We’re not going to sacrifice feeling beautiful just because we’re in a bad situation.”

Janice Washington, who comes to the salon every three weeks or so, said she has stopped spending as much money on shoes in order to keep getting her hair done. “It’s a necessity, because I do want to keep my hair looking like it’s well-maintained.”

Fabulocs owner Nimat Bilal said business has always been strong and is only getting better. It’s a job that cannot be outsourced. It has to be done locally.

“I’ve never felt the economy with the business I’m in,” Bilal said.

In another sign of the effect the recession has had on even educated workers in other industries, seven of the nine stylists at Fabulocs have college degrees.

Bilal works just three days a week and makes enough money to survive. She also trains stylists like Scott, with the help of her sister Aisha, who has a master’s degree in education. She lost her job at a nonprofit in 2009.

“A lot of the ladies that work here, some of them were clients who lost their jobs and they saw business was good and wanted to know how they could get involved,” Bilal said.

Scott began working at Fabulocs after completing a six-month training course. She now plans to quit her office job. She’s one of several stylists at the salon who spent years working in other professions before turning to hairstyling during the economic downturn.

Two years ago, as other industries struggled, Bilal moved to a larger space to accommodate the growing number of people who wanted to work with her. She rents booths to the stylists, who use them to run their own mini-salons, building their own clientele and marketing their skills.

“This is the business to be in. It’s consistent and it’s growing,” Bilal said. 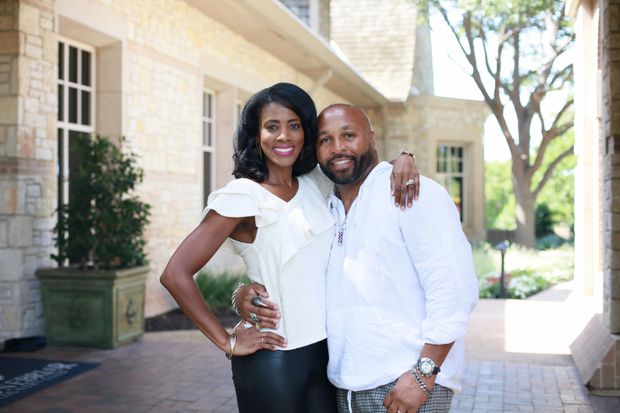