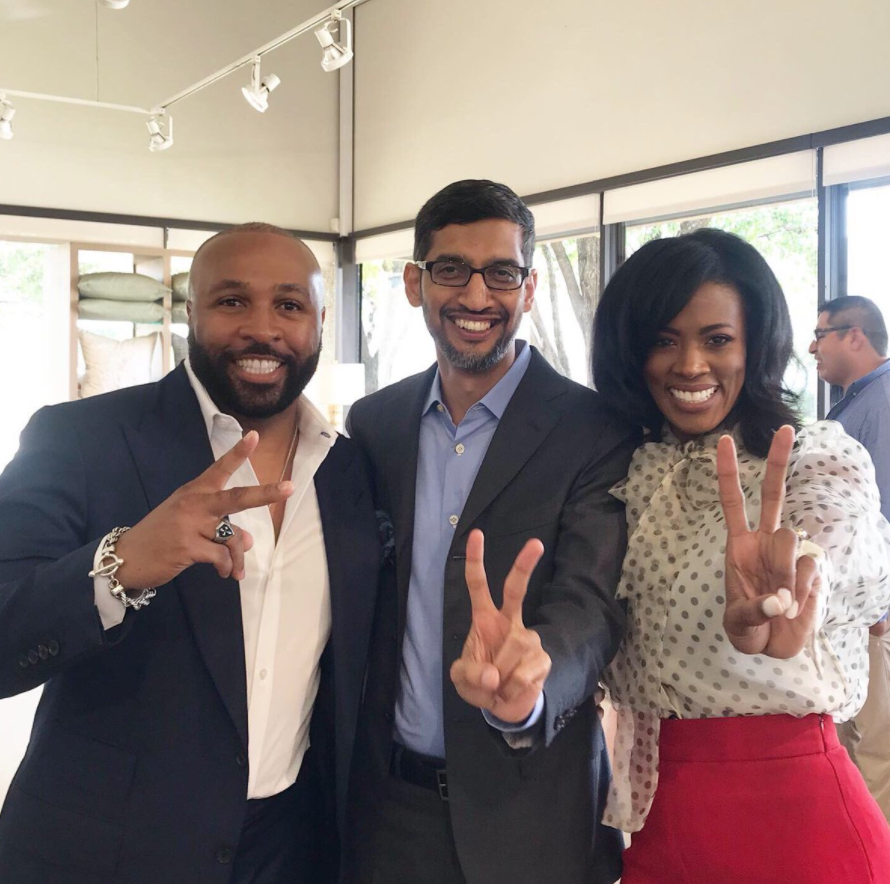 CourMed, Kanarys, ShearShare, and Zirtue are among the 76 nationwide recipients of the $5 million Google for Startups Black Founders Fund. Each startup will receive non-dilutive cash awards—meaning that the founders aren't giving up any company ownership in exchange for the funding.

The local founders in total received $300,000, which Google describes as non-dilutive cash awards to fuel their businesses. That means that unlike traditional investments, founders aren’t giving up any company ownership in exchange for the money.

They also receive hands-on support from Google for Startups. 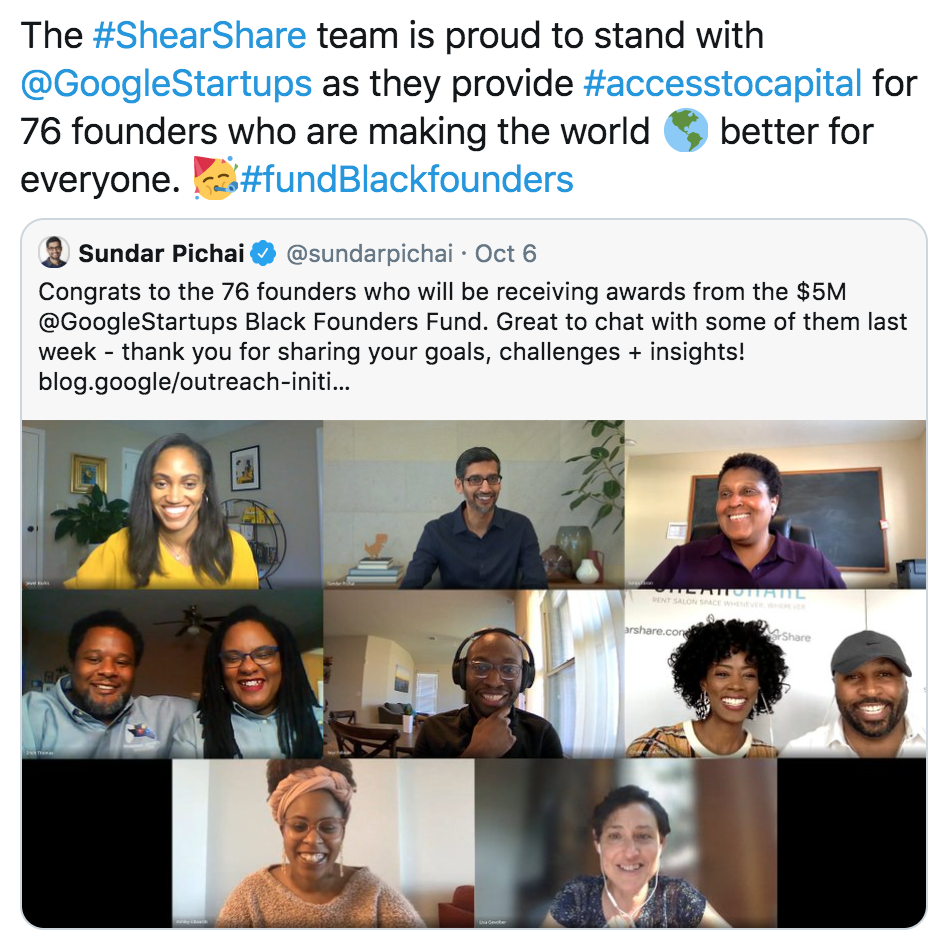 According to Google, less than one percent of venture capital funding goes to Black founders in the U.S. They’re out there building great companies, but are often locked out of access to critical funding.

That’s why Google for Startups first launched its Black Founders Fund in June. In addition to cash with no string attached, founders get the best of Google’s technical resources, people, and best practices.

In August, we told you about Kanarys and ShearShare also being chosen for the inaugural Google for Startups Accelerator: Black Founders. The local startups joined 10 other founders from around the country to participate in a three-month digital accelerator program that bolstered high potential seed to Series A tech startups.

For the Black Founders Fund, Google said that it chose the most promising Black founders from across the country for the Fund, all who are “building incredible startups” that “solve tough problems.”

It represents Google playing a part in growing a relationship with each founder—the tech giant knows that hands-on support and connections are necessary elements to success.

Each recipient was asked, ‘What happens when you fund Black founders?,’ and Google noticed some common themes.

Google wrote in a blog post that when funding Black founders, you bring different perspectives to old and new challenges, level the playing field and build momentum for success, and fuel wealth generation and create equal access to economic opportunity.

“We are committed to helping Black founders who have been deeply impacted by COVID-19 and who are disproportionately locked out of access to the funding they need to succeed,” Jewel Burks Solomon, head of Google for Startups U.S, said in a statement. “By combining cash awards with Google for Startups mentorship and programming, we hope to help create a more level playing field for these founders, who are building amazing companies and making an impact on their communities.”

Meet the North Texas-based startups below.

McKinney-based CourMed is an enterprise software that crowdsources delivery services from healthcare providers to patients’ homes and offices. It’s a service that has proven useful during the pandemic—CourMed is able to deliver prescriptions and other health-related items from HIPAA-certified and -trained drivers through its SaaS platform.

The company’s platform can be beneficial for patients, customers, pharmacies, and doctors alike: After a patient tells their physician that they’d like to use CourMed, the startup identifies their pharmacy, coordinates pick-up and delivery, and sends text updates to the customer. 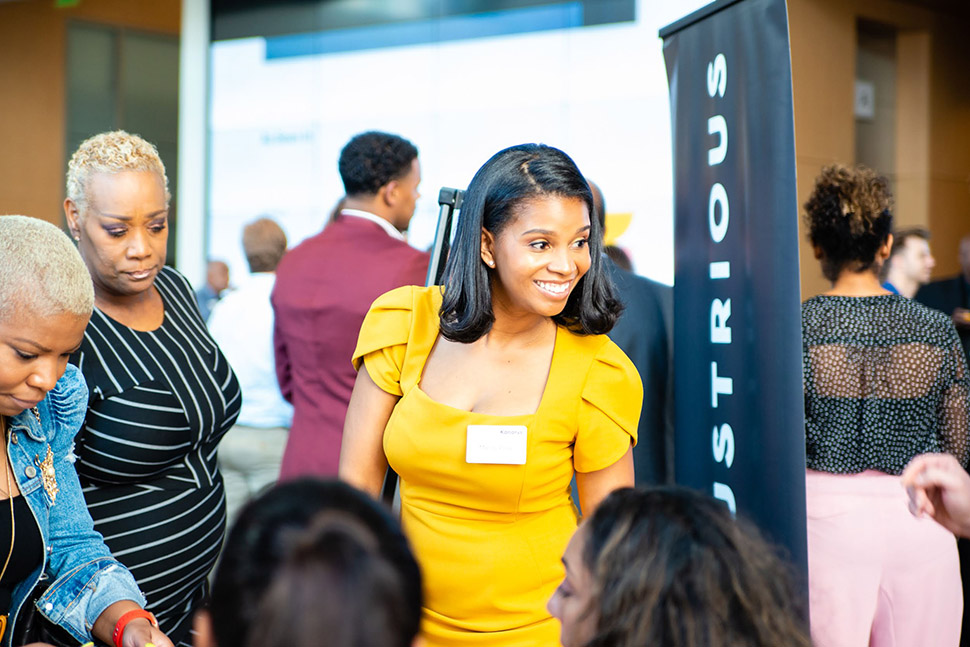 Many Price, co-founder and CEO of Kanarys [Photo: Courtesy Kanarys]

Dallas-based Kanarys is a diversity, equity, and inclusion-focused SaaS platform that gives companies clear metrics to diagnose, prioritize, and optimize DEI efforts. Co-founder Mandy Price and her team aim to close the gap between employee and employer in which issues are addressed without fear of retaliation.

Data collected from the reviews is made available through a company dashboard for corporate early adopters, so they can then use the feedback and input from real employees to make better decisions about how to improve the culture.

Price (Kanarys’ CEO) and fellow co-founder Star Carter are among the 50 Black women in the United States who have raised more than $1 million in venture capital funding. Since the platform is growing, Kanarys plans to expand its team and hire a data scientist and machine learning engineer.

McKinney-based ShearShare is a first-of-its-kind mobile marketplace for ‘solopreneur’ hairstylists to manage and grow their business. The B2B app works like an Airbnb for barbers and cosmetologists—rather than renting houses, they rent salon and barbershop stations.

Dr. Tye & Courtney Caldwell launched ShearShare in 2012 after a stylist asked to rent a chair in their salon, Plano’s 74 by Tye, on a part-time basis. The goal is to bring resources to independent business people through the convenience of a mobile app, which aims to be fast, flexible, and financially beneficial.

Despite the industry taking a huge hit during the pandemic, ShearShare has expanded to more than 625 cities, assisted stylists in navigating PPP funds, and added machine learning to its platform.

Zirtue is a Dallas-based fintech that provides a relationship-based lending platform to simplify the loan process between family and friends. The peer-to-peer platform adds a layer of accountability to the loan process, creating a more formal transaction for both the lender and the borrower.

Co-Founder and CEO Dennis Cail aims to drive financial inclusion by allowing users to manage loans in a way that both parties agree to.

Rather than taking on debt through a high-interest credit card or an even more onerous payday loan, the platform provides the lender with a higher level of trust that he or she will be repaid. It’s also an alternative to simply making a friends or family loan on a handshake or makeshift contract—Zirtue gives users repayment terms, a digital promissory note, and automatic bank drafts. 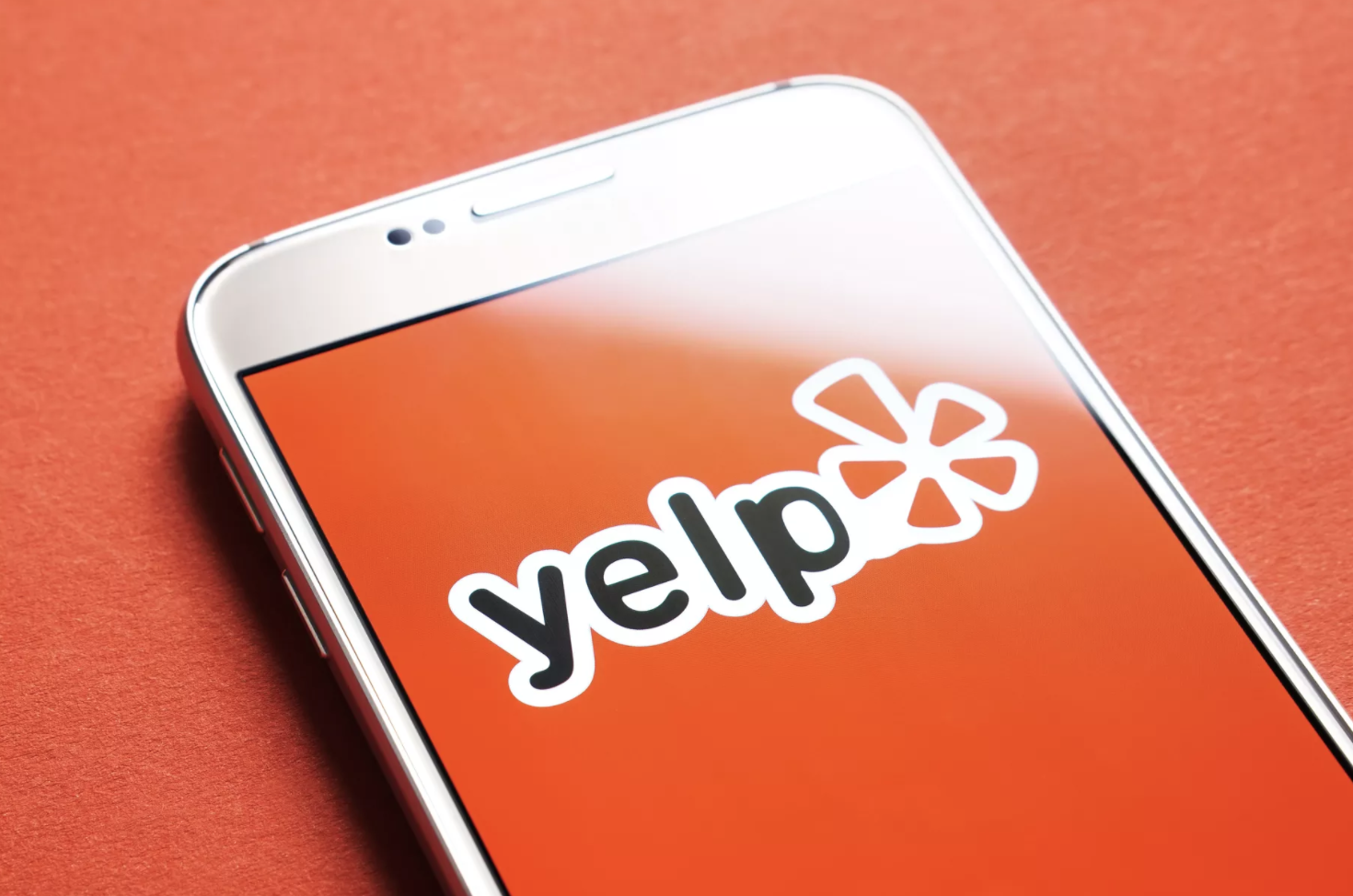