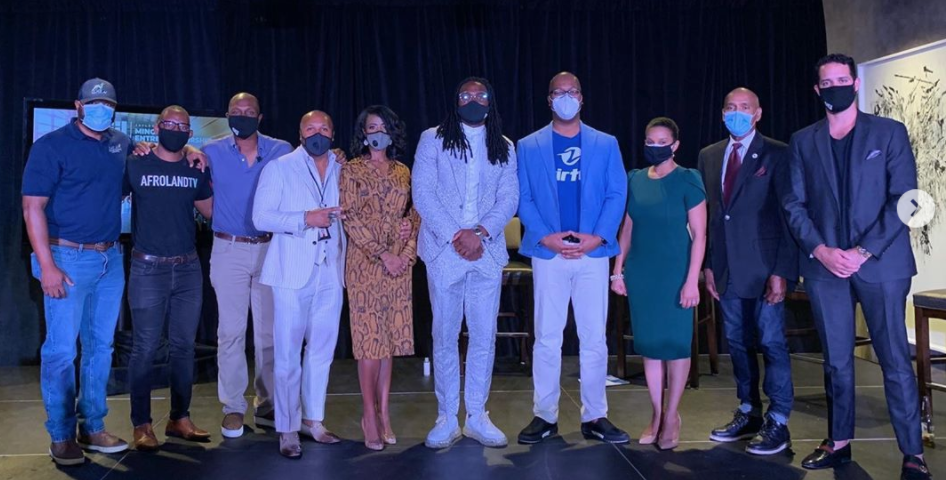 "I’m putting in my own money, and you should see the people launching new businesses."

This column is part of the What’s at Stake series of editorials and opinion commentary that explores issues voters will confront in this year’s presidential election. Find the full series at dallasnews.com/whats-at-stake.

There has been a lot of talk about the racial divide over the past couple of months. I’d like to talk about a new color to help bring us together: green.

I am honored to play for America’s Team, and I’ve been privileged to live the American dream. But too many people who look like me don’t believe that dream is available to them. Sadly, statistics confirm their fears. African American median net worth averages a dime compared to a dollar for white Americans ($17,600 vs. $171,000, respectively).

The only way to close this economic gap is through wealth-generating solutions. Those trapped in poverty live in places with little investment, poor financial services and almost no ownership. In other words, we don’t have poor neighborhoods as much as broken economies.

I grew up in one of those neighborhoods. I had a great family and friends. But there were few financially successful role models. We were told that our route out of poverty was through sports or entertainment.

Against all odds, my brother and I both took that route and became teammates on the Dallas Cowboys. That’s the story the world sees. But I have wanted to be a businessman since I was a little boy, and my NFL dream has allowed my business dreams to flourish.

Now I want to use my success as a pathway for thousands of other black and brown entrepreneurs to become successful. I call this my purpose beyond athletics, and I launched the Minority Entrepreneurship Institute (MEI) to fuel this vision.

This past week, we held the inaugural MEI Texas Showcase featuring a pitch competition for minority entrepreneurs from across the state. We received 147 applications from minority entrepreneurs in 42 Texas cities. We selected 10 finalists to join us at the event where the top five competed in a format similar to the TV show Shark Tank.

We invested $350,000 in three new MEI portfolio companies. We also qualified several dozen companies for our MEI Texas Marketplace that has over $13 million in combined deal flow. Let me tell you some of their stories.

Zirtue is tackling the massive $4 trillion consumer debt problem in America. Sadly, many of those borrowers lack access to traditional lending options so they reach out to family and friends. PayPal, Venmo and a growing number of platforms are making these transactions very easy and a fast way to move cash. The problem is a lack of accountability. All existing fintech platforms lack payment terms and schedules.

Dennis Cail created Zirtue to solve his own problem. Years ago, he loaned money to his family members with little more than good intentions. Without a formal agreement, the payments were irregular if they came at all.

Cail is a technologist who set up e-commerce for IBM before building an M&A advisory firm. He drew on his technology and finance background to build the first direct lending app between known parties. This provides a responsible and meaningful way to offer a financial lifeline to someone in trouble.

While we were motivated to put equity into a fast-growing company, we also admired the social impact. Many families of color are hit hard by payday loans that can reach up to 400% interest. Zirtue’s 5% interest, its no-fee checking account and debit card, and its sensible repayment schedule increase financial inclusion and offer dignity to our low-income families.

ShearShare is a fast-growing company that figured out how to solve another problem. The salon and barbershop industry has decentralized rapidly and now 7 in 10 stylists work as independent contractors. The upside is creative control and the downside is difficulty in finding space to do their work.

On the other side, old-school owners have too many empty chairs due to lack of stylists and customers. Excess capacity in barbershops and salons provides B2B arbitrage opportunity approaching $16 billion.

Tye and Courtney Caldwell built ShearShare as the first mobile app to connect salon and barber shop owners to stylists. Tye operates an award-winning salon and barber shop in Plano, and he shares his love for the industry through writing and teaching. Courtney led digital demand generation and innovation across five continents for Oracle.

Their goal is twofold: industry recovery by keeping small businesses open and increased economic mobility by creating jobs and increasing wealth for stylists.

Similar to the Airbnb business model, ShearShare takes a percentage of each transaction. The concept has taken off, and ShearShare is now in over 600 cities and 11 countries. It won $500,000 at Google Demo Day with co-investment by Steve Case’s Rise of the Rest fund. The Caldwells said that beyond the money, it was huge to get validation from these established investors. Of course, that’s exactly what we want MEI to provide for minority entrepreneurs all across Texas.

I could go on and on with these stories, but I’ll just share one more. Not only are minority entrepreneurs often overlooked by investors, but women are also another marginalized group. Tyla-Simone Crayton is a 16-year-old from Houston who proves it’s a bad idea to take a pass on such amazing sources of talent.

Tyla-Simone invented a sauce when she was 8 years old. As a teenager, she won the big-time Sauce-A-Holic Fest in Texas two years in a row. Her company, Sienna Sauce, recently won $25,000 in capital from Good Morning America’s “Side Hustle Showdown” and more recently received a major investment from Grammy award-winning artist and angel investor Chamillionaire.

I’ve pledged $2.5 million over 10 years to spur our investments, and we are gaining co-investors who share my belief that capital can be used to make the American Dream accessible to every Texan. Minority entrepreneurs are the game-changers who can make an inclusive economy come to life.

Jaylon Smith is a linebacker for the Dallas Cowboys who earned Pro Bowl honors last season. He’s also founder and CEO of 9 Enterprises which specializes in private equity, real estate, and other investments including CEV Eyewear and iCRYO.

Help Include Salons and Barbershops in Upcoming Stimulus Legislation 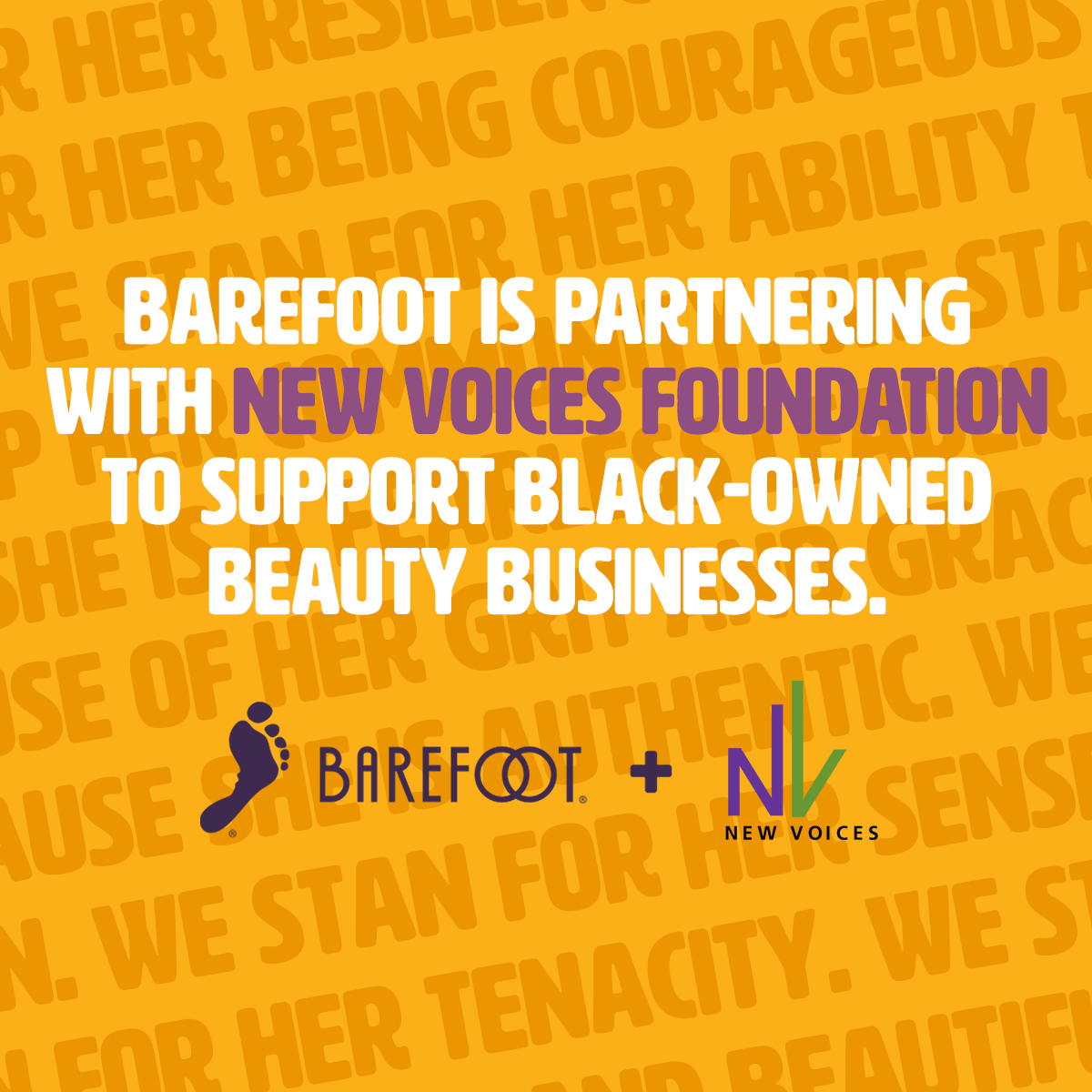