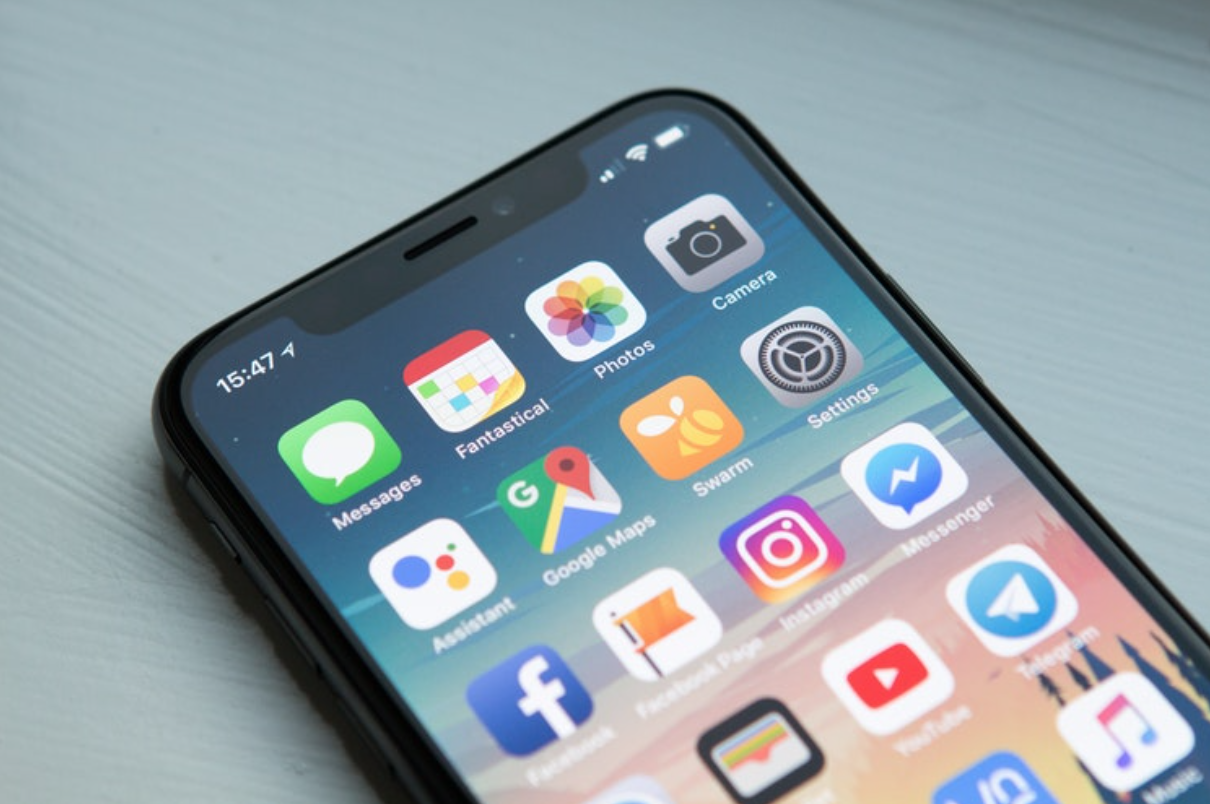 10 Mobile Apps You Should Know About

When you ask anyone to name a tech genius people almost reflexively rattle off the usual suspects such as Bill Gates of Microsoft, Mark Zuckerberg of Facebook, or Steve Jobs of Apple. Still, there is a score of African American innovators creating major paradigm shifts in the marketplace through technological ingenuity that is forever altering the way in which we travel, do business, locate goods and services, and much more.

In UrbanGeekz’s second installment of “10 Mobile Apps You Should Know About – Created by African Americans,” we once again illuminate these geniuses and their prominent inventions, including Sheena Allen, the founder of Alchomy mobile app, who returns to our updated 2018 list of illustrious achievers with her pioneering CapWay app.

Other diverse innovators include Godwin Gabriel, chief exec of Moovn and Doll Avant, founder of Aquagenuity, among others. Take a look at the full list below and let us know what you think on our Comments page.

Uber and Lyft have quickly become a dominant part of the American lexicon as ride-sharing success stories. But a Tanzanian-American by the name of Godwin Gabriel is offering Moovn as a ride-hailing app that is looking to get some elbow space in this multi-billion-dollar market. It is unique for three reasons. Firstly, it gives you the ability to schedule rides up to a month in advance instead of on-the-spot requests as with Uber and Lyft. Secondly, you can request different modes of transportation, such as motorcycles. Finally, you can send goods from a company to a consumer and keep track of the logistics. It currently operates in seven U.S. cities and in three African nations.

Remarkably, there are scores of Americans, particularly the underprivileged, who do not have a bank account, and some who have never had one. It is nearly impossible to establish and build credit, buy homes, and save for the future without some type of affiliation with a financial institution. Sheena Allen, 29, of Terry, Mississippi, a small town south of Jackson, witnessed this with the elder members of her own family. She established the CapWay app as an online banking and financial literacy app that aims to help those with the aforementioned goals. CapWay is also set to release in Q1 2019 a financial forecast app called Qast.

Keith Wilson‘s business acuity propelled the Clark Atlanta MBA grad quickly up the hierarchy at Ford Motor Co. and Georgia Power. He leveraged corporate experience to found Kompass Events, an app that uses innovative heat-map technology to enable users to discover, explore and share events. The app’s users, which form the ‘Kompass Kommunity’, share with each other the events in their home cities or towns they will visit. Once posted, users can engage in the events by checking in, rating the event, and posting pictures and comments in real-time.

Trying to decipher the esoteric language contained in EPA reports about the quality of drinking water is enough to twist people’s brains into knots. But because of entrepreneur and data scientist Doll Avant, people do not have to perform any mental acrobatics to translate water reports. Her Aquagenuity app makes water quality data easy to understand and available—so everyone from consumers to businesses to governments can start using it to make more informed decisions.

One concept of the post-Christmas holiday Kwanzaa is the Swahili word Ujamaa that means “extended family” or “brotherhood.” Hugh Molotsi, a former Intuit executive, created a variation of it when he founded the Ujama app that helps parents connect with other parents. This helps with getting children involved in activities, getting kids from school to practice, and watching children as the parent-run errands or go to important meetings. It is the concept of “It takes a village to raise a child” for the new millennium.

Barbershop and salon owners watch daily as money goes wasted like water down an open drain — or, better yet, like clipped hair strands that fall uselessly to the floor. That’s because a reported 40 percent of chair space goes unused every day across the country. Two industry connoisseurs, Tye and Courtney Caldwell, founded ShearShare, a B2B app that connects owners with independent stylists and barbers to fill their empty salon space by the day. This enables owners to double and triple their revenue, while independent barbers and stylists save tens of thousands annually in overheads.

Trying to find scholarship money for yourself or your child can be enough to make your brain melt. The Scholly app enables tuition-starved students to procure the funds to matriculate through higher education. Christopher Gray and his Scholly app were featured on ABC’s Shark Tank and eventually landed a deal with Daymond John and Lori Greiner. Gray’s app now has over 2 million users and helps students find more than $100 million in scholarships. 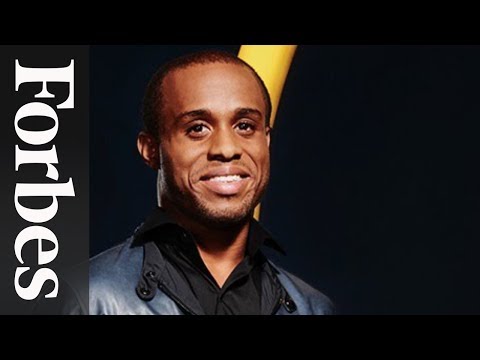 Horace Williams’ civic engagement eco-system removes all knowledge-based or network-based barriers that typically block effective 2way civic engagement. An app designed to help you address advocacy in real time, Empowrd App lets you contact your elected officials and create an open forum for your issues. In 2015, Horace Williams founded Empowrd on the single philosophy that government should be simple and accessible to anyone and everyone.

Dubbed the “LinkedIn for the hip-hop community,” Rap Plug Inc. is a black-owned tech company founded by musician and producer Craig King and tech guru Branden Criss. The Rap Plug app is a social networking platform for entertainment professionals that enables labels, musical acts, producers, and writers to have a networking platform that can take place any time of the day — while saving combined millions in travel, hotel, and fees associated with setting up a networking event at a particular location.

African American women should have support groups to share horror stories of when their tender tresses were trampled on by mane “mis-managers” who were woefully unequipped to adequately handle textured ethnic hair. The founders of Swivel Beauty offer a needed lifeline for sisters. Jihan Thompson and Jennifer Lambert created Swivel in 2016 so black women could successfully find hairstylists who can turn the real estate atop their heads into works of art. Swivel provides commission-based appointment booking and review app lists of recommended salons and stylists who are known for their work on ethnic hair.

How to Face Your Lack of Confidence 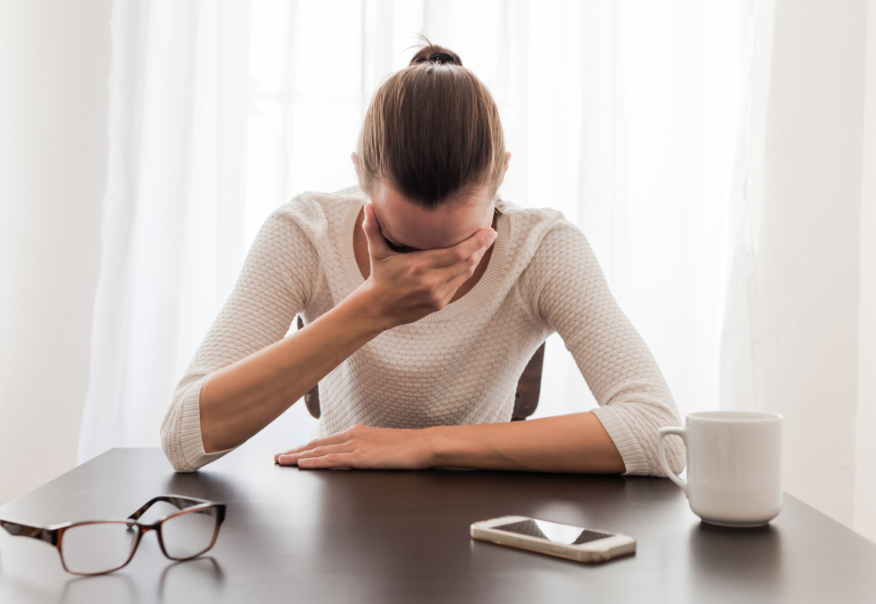 New Podcast Alert! How to Keep from Reaching Your Breaking Point
Recent Posts

10 Mobile Apps You Should Know About